On April 16 and 17, the Mission celebrated 50 brave men from our addiction recovery program who are experiencing transformation in their lives! A spring renewal makeover honored their journey toward thriving lives after struggling with addiction and homelessness.

A fresh start with a new style

Hope Springs Anew paints an outward picture of the internal transformation these men are experiencing.

We partnered with Styled Seattle, Gene Juarez Salons & Spas, and The Beyond Project to give spring renewal makeovers for more than 50 men who are coming out of homelessness and addiction.

First, local award-winning salon stylists cut and styled men's hair while an incredible local volunteer gave shaves for a fresh, new look. Next, wardrobe stylists helped dress them up in a handpicked brand-new outfit, including a sharp sports coat, a classy dress shirt, a fashionable pair of slacks, and a sophisticated, matching pair of shoes.

Our Men's Recovery Program helps formerly homeless men find lasting change through a combined approach of counseling, biblical teaching, and education. Over the course of a year, they experience love and trust, break addictions, learn about God’s unconditional love and acceptance, and rebuild their lives with dignity and respect.

Through Hope Springs Anew, men will be ready for a fresh start with a new style for their upcoming recovery program graduation and Easter celebrations.

“My life actually has purpose right now. God has given me everything that for years and years I was searching for.”

“Old friends on the streets can't believe who I once was and who I am now.”

“Crazy that God can transform my life so much. From my health to my fitness to just mentally and spiritually the peace I have.” 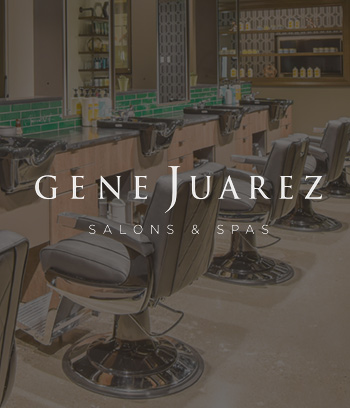 "Gene Juarez Salons and Spas is proud to support the Mission and the work they do to strengthen our community. Their commitment to improving the lives of the homeless in Seattle is to be commended. Our talented staff at our Men’s Salon are dedicated to serving our community and helping those less fortunate look and feel their best. Our organization continues to be dedicated to the communities and the people we serve."
— Scott Missad, President & CeO of Gene juarez salons and spas 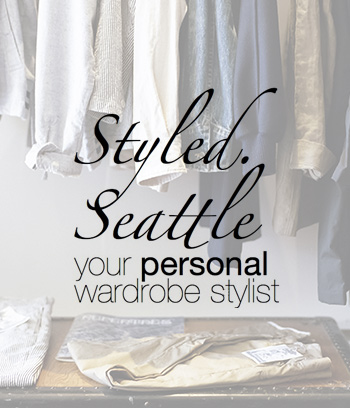 "I'm so thrilled for this opportunity with Seattle's Union Gospel Mission. Last year styling women was such an amazing experience and we couldn't wait to do it for the gentlemen in recovery at the Mission!"
— Darcy Camden, Founder & Chief Stylist of Styled Seattle 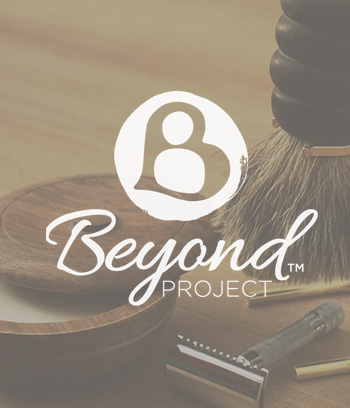 "This is great! We so looked forward to supporting this project with Seattle's Union Gospel Mission."
— rachel hile, co-founder and executive director of THe Beyond project

Follow us on Facebook and Instagram with the hashtag #hopespringsanew for behind-the-scenes action, makeover reveals, and incredible stories of transformation from men in our recovery program. We'll share our best moments and favorite looks for Easter, graduation, and other important spring celebrations.

Mark BEFORE his makeover.

Mark AFTER his makeover!

Mark found a new life after struggling with addiction for 30 years.

Mark started getting high at 16. With the exception of a five-year recovery period, he struggled with addiction for more than 30 years. “I was caught in the grips of both a meth and a heroin addiction,” he says.

Mark used with other friends and family members. “We tended to stay in hotels or have places, so it wasn’t necessarily out on the street in a tent, but it was still homelessness.”

“The brokenness really started to set in,” he says, “then I overdosed a couple of times, and I was probably for the first time in my life really, really scared. I didn’t wanna die. Didn’t know where I was going.”

Mark knew he would somehow get back into recovery, but he didn’t know how. Then, God opened a door that brought him by bus with his friend’s girlfriend to Seattle. Coming to Seattle was scary, he says. “I didn’t know anybody. I had a tent, we got off of the Greyhound, and we walked right across the street to the overpass. I literally did not move out of a five to six block radius.”

The morning after running out of the provisions he’d brought with him, Seattle’s Union Gospel Mission’s Search and Rescue Van pulled up. “That was definitely God putting Richard there,” Mark says.

Mark tears up when he thinks about what God has done in his life. “My life actually has a purpose right now,” he says. “God has given me everything that for years and years I was searching for … just by simple surrender … God has helped me. He’s opened doors that I never thought would be open.”

Eric BEFORE his makeover. 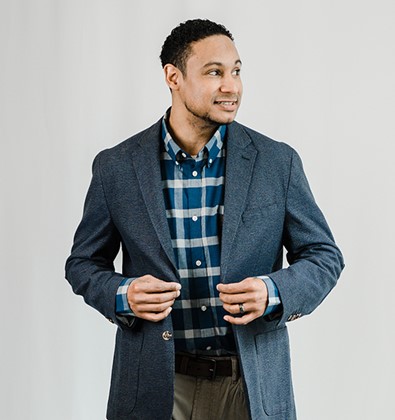 Eric AFTER his makeover!

Eric needed a way to get off the streets for good.

“I was living on the streets and I was addicted to drugs and alcohol,” Eric says, “and I wanted to make a difference and change.” Living on the streets of downtown Kent, Eric was familiar with the Search and Rescue team from Seattle’s Union Gospel Mission. They had been a consistent presence in his life for the past year, but when they showed up that night, things were different.

“I needed a way out so I needed help,” Eric says. “I confessed, God, I need your help again.”

Eric stepped into the Search and Rescue van, and off the streets, that night. Though the first few days were hard, Eric persevered and joined the Men’s Recovery Program on April 28, 2018. Now, more than a year later, his life is being transformed.

“I’m using what Is freely given to me,” Eric says, “or it’s what is already been gifted to me from the Lord … that’s refreshing because now I’m not relying on myself, I’m leaning on the Lord and His understanding.”

Not long after joining the program, Eric had the opportunity to visit his old friends from the streets. “Instead of being fed, I was giving food out,” he says. “They couldn’t believe that … who I once was and who I am now. People were crying and it was just really good that night.”

As Eric graduates, he plans to spend more time with Search and Rescue, giving back and reaching out to people, letting them know that God can do for them what He has done for him.

Shadow BEFORE his makeover.

Shadow AFTER his makeover!

Shadow is amazed at how God transformed his life.

“I was born with crystal meth in my system,” says Shadow, who grew up in a family where many wrestled with addiction. He began using drugs, given to him by his aunt, at age 10. When Shadow was 8, his mother lost custody of him to his father, who was emotionally distant and abused alcohol but managed to keep “everything under control.” The two of them moved to Arizona, but Shadow ran away at 16 and eventually landed in Las Vegas.

“That’s where it really got bad, selling a lot of drugs, getting into the rock star lifestyle,” he says.

Wanting to get away from it all, Shadow returned to Washington, but things spiraled even further down for him as he began using heroin and eventually found himself homeless.

Shadow was able to rent a room at a Snohomish farm, but he was still using. While at his girlfriend’s house, he decided he’d had enough. He knew that if he went back to the farm, he would use and end up homeless again. “Just having that darkness kind of loom over you,” he says, “knowing that … you’re gonna be homeless again, you’re gonna be shooting up, you’re gonna be just broken, and that death is just right at your doorstep.”

Shadow saw a friend on Facebook who was recovering at Seattle’s Union Gospel Mission. He called and asked for help.

Though it’s only been ten months, he sees a huge difference. “Crazy that God can transform my life so much,” he says, “just like from my diet to my health to my fitness to just mentally and spiritually the peace that I have. A lot has changed. I literally couldn’t have done it without the help of some of the great counselors that they have here. It’s been really great – really awesome!”

Every $44.55 enables someone to receive a day of extensive, 360-degree support and recovery services.

There are so many others who need a chance to experience the freedom these men are living today. Please give generously.

Your gift today helps those who've lost their way find the love and support they need for a new life.