It was time to see and experience for myself a night with the Search & Rescue team at Seattle’s Union Gospel Mission. Many had told me how powerful it was to visit and support our homeless neighbors. I had seen the photos, read the stories. What would be in store for me?

I was the first volunteer to show up at the Men’s Shelter. A few minutes later another arrived. Then Jeremy came into the room and sat down.

The vibe was good. We all said hello. I learned I was the only first-timer on the route tonight.

Jeremy leaned back in his chair. He looked relaxed with an easy smile. He was eager to hit the streets. After eight months at the Men’s Recovery Program, he really wanted to help someone.

We piled into the van and I sat next to Jeremy. He worked at a number of jobs at the Riverton center, he told me, but going out on Search & Rescue was important for him.

He, like all newcomers, got started in a work therapy program. He spent 30 days making sandwiches for the nightly missions. We would give them out to grateful men and women on the streets. His eyes and heart were focused elsewhere. 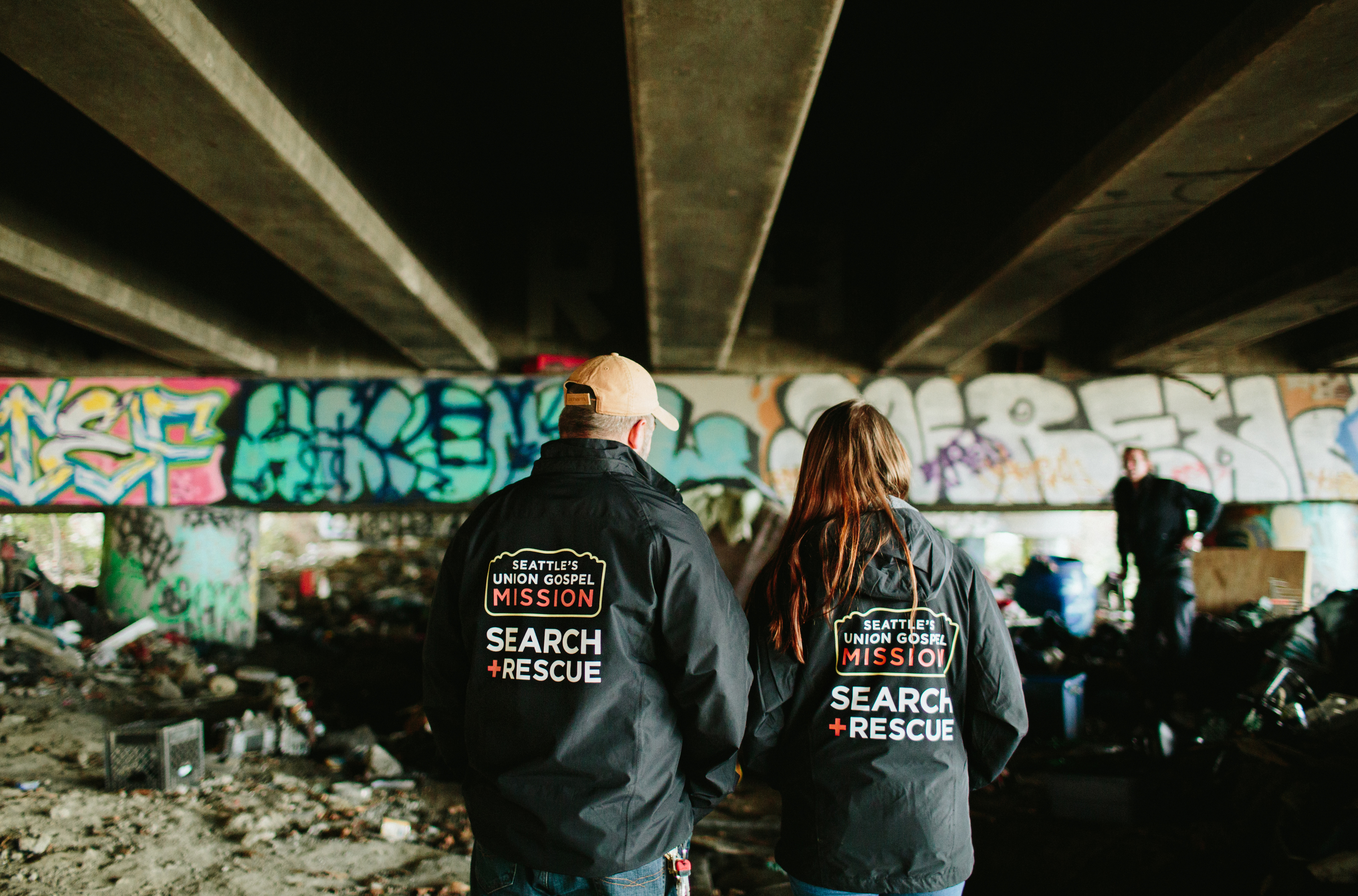 As we were riding toward one of the encampments, he explained how he talked with Richard about working with the team and got picked up. “It feels really good for my recovery,” he said.

“It’s humbling to give back to the homeless. I lived in tents. I remember sleeping on the ground, being freezing cold. I didn’t have Search & Rescue people when I was homeless. I was alone.”

I felt comfortable with Jeremy as my experienced wing-man. As we made our stops, he stepped out and welcomed those who approached the van on the cold, drizzly night. He gave them sack lunches with sandwiches, snacks and water. He added words of encouragement and support. The men and women we met that night were thankful and appreciated our visits. Jeremy was uplifted, too.

The night went by so fast. Everyone who came to the vans for food, clothing or conversation was thankful and appreciative. Jeremy knew some of them and their stories.

”I can relate to how it is. I remember how people would give me a hug. They cared. I said ‘I want to be part of that.’” And so he is, three nights a week. Lifting spirits of those he meets and being spiritually fed at the same time.

After we returned to the Men’s Shelter, Jeremy offered to walk with me back to the Link Light Rail station for my train home. Every step of the way was filled with conversation as we shared parts of our lives. As we said our farewells, I told him I’d see him again soon!

You can meet Jeremy and other dedicated Search & Rescue team members when you volunteer to ride along. Whether you go by yourself or part of a small group, you will be able to put a face with the homeless in our community and see the amazing work of recovery that is going on.