“It was one of the darkest times of my life”

As she got her bearings back, she realized what a blessing it is to have three good meals a day, safe shelter, help with her journey toward sobriety, and, most of all, spiritual guidance.

From her youngest days, Kindra remembers working so hard to win the approval of family, friends, anyone who could help make her dark life a little brighter.

By age 7, Kindra was deliberately cutting herself. “That may have been my first addiction,” she says. “I just didn’t want to feel anything. I was being picked on at school, and my home life wasn’t that great.” By age 9, Kindra was drinking regularly, smoking, and stealing beer from home.

After high school, she married and had her first child. “Everything was really good for a while. But then, at age 21, I started using meth.” That sealed her fate: A life of abusive relationships, homelessness, drug addiction, and losing and regaining custody of her children.

Abusive relationships are about the only kind Kindra has ever known. She has been beaten in front of her kids, forced into prostitution, and even thrown from a moving car. “But I still kept going back,” she says. At one point, she had a black eye for six months. “It just switched sides.”

Sadly, she always thought she was the one who caused the abuse. “I was embarrassed. I didn’t want my kids to see me,” she says. “Every time it started happening again, I’d move them out.”

The domestic violence continued for years. By the time she came to the Mission, Kindra had seen all of her teeth knocked out and her dignity destroyed.

Though Kindra had used alcohol since she was a child, she didn’t use the most powerful drugs until age 21, when she started meth. Within three months, she’d lost everything, including her children. When she’d get clean for a while, she could get her kids back. Then the whole cycle would repeat. “I had this pattern of using meth, losing everything, and then getting it back.”

During her worst days, she says, “I was sleeping in the back of a van in the Walmart parking lot most nights. I didn’t want anybody seeing me. And I honestly thought my kids were better off without me. I was that lady on the side of the street yelling at cars. It was one of the darkest times of my life.

“I felt so bad about what I was doing, but I kept on using. And I kept walking away from my kids. I lost them to Child Protective Services twice. But I got them back both times.”

While she was at the Mission, Kindra’s son and daughter were both able to come and live with her. The love and counseling they each received at the Mission has made a deep and lasting change in their lives.

“My daughter was in an abusive situation,” Kindra says, “but at Hope Place she was finally able to be a kid again. She’s been going to school full-time and getting the counseling she needs to cope with everything she’s been through. It’s pretty amazing to see how well she’s doing today.”

During those bad days, says Kindra, she felt less than human.  “Living in the van was horrible. I’d sleep there with cars going by all night long, then go to Horseshoe Lake and take a freezing shower first thing in the morning, so I wouldn’t run into anybody I knew. I never wanted anybody to see me. There were times when I didn’t know what I was gonna do.”

She was also often hungry. “Drugs were about survival,” she says, “but food was optional, if I got to eat. I stole food. One of my first charges was for stealing food. I had such bad anxiety. Most of the time I didn’t want to be around anybody. I hated my life.” 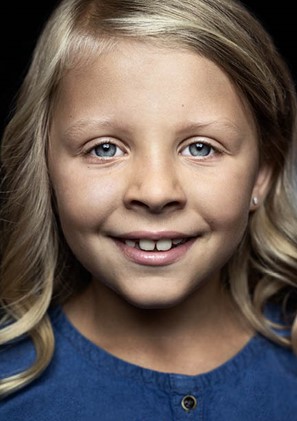 GETTING HER BEARINGS BACK

Kindra first heard about the Mission from a jail chaplain. When she was released, she called the Mission every day for six weeks. She wanted us to know she was serious about joining our proven program and getting her life back on track.

When she came to the Mission, Kindra realized she’d forgotten even basic life skills. “They’re teaching me how to be a mom and how to be an adult,” she says.

“The Mission is so supportive,” says Kindra. “If you talk to any staff member, they’re ready to stop and pray with you, right then and there. They’re never judgmental. The love you feel there, you know it’s genuine.”

As she got her bearings back, she realized what a blessing it is to have three good meals a day, safe shelter, help with her journey toward sobriety, and, most of all, spiritual guidance.

“God is the center of my life.  It’s only through Him. Whenever somebody tries to compliment me, I say ‘Here I am, but He did it.’

Because of you, Kindra's life was transformed. She now walks in freedom and restoration.

Every $2.33 you donate today provides a meal and life-transforming care.

There are so many others who need a chance to experience the freedom Kindra is living today. Please give generously.

$9.07 delivers lifesaving supplies and safe shelter from the summer elements.

Homelessness doesn't take the summer off. Help our team SEARCH for the hurting + RESCUE the lost!